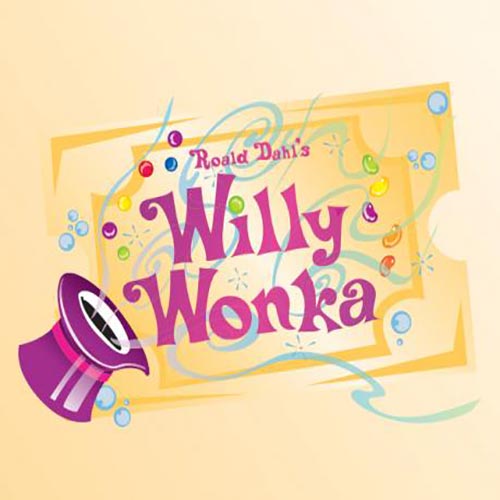 Roald Dahl's timeless story of the world famous candy man and his quest to find an heir comes to chocolate-covered life.

Roald Dahl’s timeless story of the world famous candy man and his quest to find an heir comes to chocolate-covered life.

The version was commissioned and developed by MTI specifically for the secondary license market. This version was workshopped and performed at the Kennedy Center Theater Lab in 2004. This show can only be licensed by amateur theater groups.

This show is designed to be stick conducted from the podium and is orchestrated for 2 keyboards, both of which have programming. Keyboard 1 is the primary piano book and has less than 70 patch changes in the entire show but has other contributing sounds such as Synth Bells, Harp, Celeste, Harpsichord, Brass, Tuba, Strings, and Fender Rhodes. It is not a technically difficult book and could probably be played by an advanced high school student.

Keyboard 2 has about 20 patches in total but there a little less than 200 total patch changes so a player who has familiarity with shows that have keyboard programming would be best. Some of the sounds in this book are Harp, Glockenspiel, Electric Piano, Xylophone, Marimba, Accordion, Guitar, Piano, and Strings among others.

Roald Dahl’s Willy Wonka follows enigmatic candy manufacturer, Willy Wonka, as he stages a contest by hiding golden tickets in five of his scrumptious candy bars. Whomever comes up with these tickets will win a free tour of the Wonka factory, as well as a lifetime supply of candy. Four of the five winning children are insufferable brats: the fifth is a likeable young lad named Charlie Bucket, who takes the tour in the company of his equally amiable grandfather. The children must learn to follow Mr. Wonka’s rules in the factory… or suffer the consequences.