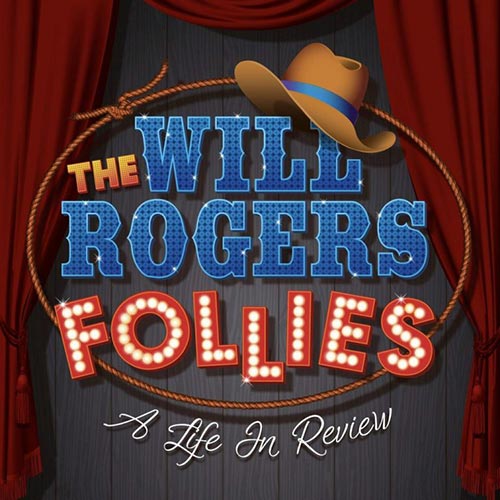 Presented in the style of a Ziegfeld Follies revue, The Will Rogers Follies chronicles the life of the beloved American entertainer through snappy tunes, elaborate production numbers, and comic sketches.

Presented in the style of a Ziegfeld Follies revue, The Will Rogers Follies chronicles the life of the beloved American entertainer through snappy tunes, elaborate production numbers, and comic sketches.

This licensed orchestration is based on the Original 1991 Broadway Production.

This show is orchestrated to be stick conducted from the podium and has 3 separate keyboard books. Only Keyboard 2 and 3 have programming. All 3 books will require excellent players to navigate the parts and the programming/

Keyboard 1 is the primary piano book and will require an advanced player who is well versed in jazz, jazz standards, and who can improvise over jazz chords fluently. There is no programming in this book where it is feasible, this part can be played on a live acoustic piano.

Keyboard 2 has the bulk of the programming and unique patches in the show. Some of the sounds and patches include celeste, harp, strings, pedal steel guitar, recorder, harmonica, accordion, mallet percussion, harmonium, guitar, and various percussion instruments. There are also some sound effects that are triggered in this part as well.

Keyboard 3 is essentially the string supplement book but it is not an optional string book as it is in other shows such as Oklahoma and South Pacific. This book is designed to complement the live players and often has different harmonies and passages. In addition to the strings in the various articulations, there is also some harmonica and a jaws harp.

“The Will Rogers Follies is a show about Will Rogers — a unique American, who, though he died in 1935, remains a beloved figure remembered for his humor, his wisdom, and his just plain common sense. At the heart of his populist philosophy was his most famous statement: ‘I never met a man I didn’t like.’ Rogers became the biggest, most popular, and highest paid star of every existing medium of his time — stage, screen, radio, newspapers, and public appearances. In fact, it is no exaggeration to say that he was the greatest star this country has ever produced.” — Peter Stone, 1994. The show’s buoyant score by Cy Coleman, with lyrics by Comden & Green, includes “Will-a-Mania,” “Our Favorite Son,” “My Unknown Someone” and “Give A Man Enough Rope.”