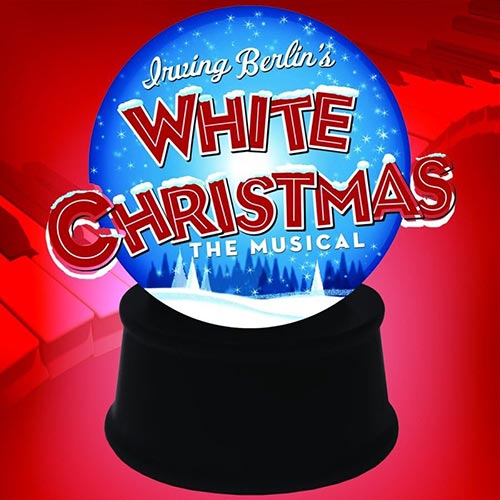 Based on the beloved, timeless film, this heartwarming musical adaptation features 17 Irving Berlin songs and a book by David Ives and Paul Blake.

Based on the beloved, timeless film, this heartwarming musical adaptation features 17 Irving Berlin songs and a book by David Ives and Paul Blake.

This licensed orchestration is based on the Original 2009 Broadway Production.

This show is orchestrated to be stick conducted from the podium and it has 2 separate keyboard books, both of which have programming.

Keyboard 1 is the primary piano book and will require an advanced player who is comfortable playing jazz standards and cocktail piano and has some familiarity with many of the Irving Berlin tunes in the score. There are several instances where the Keyboard 1 player also needs to improvise over complex jazz chords and slash marking. Although there are less than 50 patch changes in the part, there are additional sounds to go along with acoustic piano such as orchestral brass, music box, celeste, strings, harp, and bells.

Keyboard 2 has more of the orchestral padding in the programming that augments the live instrumentalists. Most of the patches in this book are strings with various articulations, but also include celeste, woodwinds, and magic bells among others. String books tend to be difficult so having an advanced player on this book who can navigate the part and the programming would be recommended.

Veterans Bob Wallace and Phil Davis have a successful song-and-dance act after World War II. With romance in mind, the two follow a duo of beautiful singing sisters en route to their Christmas show at a Vermont lodge, which just happens to be owned by Bob and Phil’s former army commander. With a dazzling score featuring well-known standards including “Blue Skies,” “I Love A Piano,” “How Deep Is the Ocean” and the perennial title song, White Christmas is an uplifting musical worthy of year-round productions.