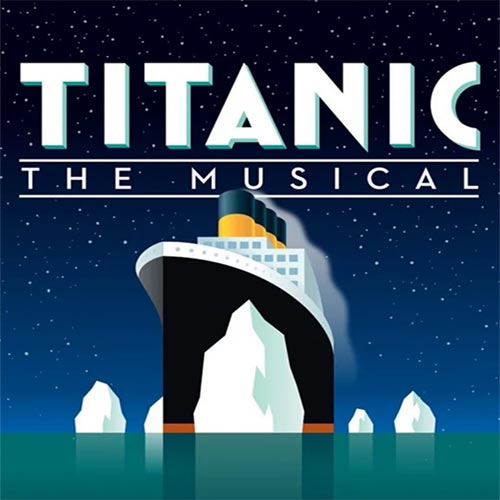 Epic and majestic - with moments of heartbreaking intimacy - Titanic captures the triumph and tragedy of the hopeful passengers on the ill-fated Ship of Dreams.

Epic and majestic – with moments of heartbreaking intimacy – Titanic captures the triumph and tragedy of the hopeful passengers on the ill-fated Ship of Dreams.

This licensed orchestration is based on the Original 1997 Broadway Production.

This show is orchestrated to be stick conducted from the podium and has 2 separate keyboard books both with programming.

Keyboard 1 primarily a harp book but has other sounds as orchestral padding in the programming. Some of these patches include piano, tuba, glock, steel guitar, harpsichord, and vibes. It is not a terribly difficult part to play and could likely be handled by an advanced high school student who can navigate the part and the programming.

Keyboard 2 is primarily a string reduction book that adds layering to the live players. This is not an optional string book like other shows have since there are different harmonies and lines that are different from what the live instrumentalists are playing. This book is a little more difficult than Keyboard 1 so you would be wise to put the better player on this part.

April 10, 1912: the RMS Titanic sets out from London on her maiden voyage, across the Atlantic. Billed as “The Largest Floating Object in The World,” the Titanic is already big news. April 15, 1912: Titanic, the “unsinkable” ship, sinks, killing over 1500 men, women and children. In a stunning chamber musical as massive as the ocean liner that shares its name, Yeston and Peter Stone’s musical, Titanic, tells the stories of the people on board the legendary steamer and the men who got them there. Spanning all classes, Titanic captures the stories from the whole range of humanity aboard the ship: from workers in the boiler room to first-class attendants, from the poorest passengers, who scraped together their life savings to purchase third-class tickets to America, to some of the wealthiest men of the Victorian age, including John Jacob Astor and Benjamin Guggenheim. Maury Yeston and Peter Stone’s musical tells the tragic story with a compassionate book, intelligent lyrics, and soaring melodies. Full of memorable characters based on the real men and women on the ship, Titanic is a powerful, complex look at the making of a tragedy.