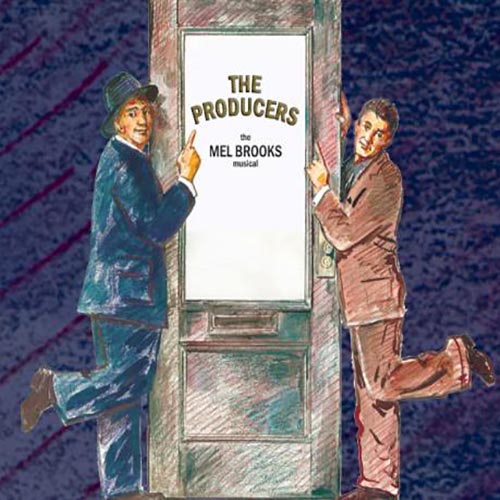 A scheming producer and his mousy accountant aim to produce the biggest flop on Broadway in Mel Brooks' laugh-out-loud spectacle.

A scheming producer and his mousy accountant aim to produce the biggest flop on Broadway in Mel Brooks’ laugh-out-loud spectacle.

This version is based on the Original 2001 Broadway Production. This orchestration is stick conducted and has 1 keyboard part with programming.

The Keyboard book is the primary piano book and has about 30 unique sounds with over 150 patch changes throughout the show. Some of those sounds are celeste, marimba, strings, dulcimer, accordion, various brass instruments, choir, along with several fun sound effects including our favorites, the air bomb drop and the “Cha-Ching” of an old school sampled cash register. An advanced high school player could likely navigate this book.

There is a provided Piano/Conductor score for rehearsal and as a condensed score for the conductor during performances but this book is not meant to be played out of for those performances.

Bialystock and Bloom! Those names should strike terror and hysteria in anyone familiar with Mel Brooks’ classic cult comedy film. Now as a big Broadway musical, The Producers once again sets the standard for modern, outrageous, in-your-face humor. It is a truly “boffo” hit, winning a record twelve Tony Awards and wowing capacity crowds night after night.

The plot is simple: a down-on-his-luck Broadway producer and his mild-mannered accountant come up with a scheme to produce the most notorious flop in history, thereby bilking their backers (all “little old ladies”) out of millions of dollars. Only one thing goes awry: the show is a smash hit! The antics of Max Bialystock and Leo Bloom as they maneuver their way fecklessly through finding a show (the gloriously offensive “Springtime for Hitler”), hiring a director, raising the money and finally going to prison for their misdeeds is a lesson in broad comic construction. At the core of the insanely funny adventure is a poignant emotional journey of two very different men who become friends.

With a truly hysterical book co-written by Mel Brooks and Thomas Meehan (Annie) and music and lyrics by Mr. Brooks, The Producers skewers Broadway traditions and takes no prisoners as it proudly proclaims itself an “equal opportunity offender!”