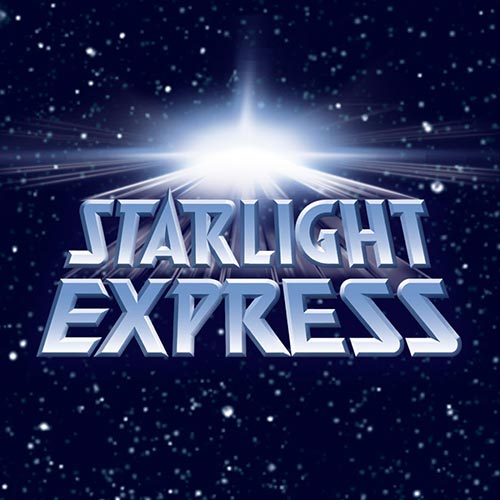 This licensed orchestration is an amalgamation of several professional productions but is mostly based on the 2004 UK Touring Production.

There are 2 keyboard books in this orchestration and is designed to be conducted from the Keyboard 1 chair.

A child’s train set magically comes to life and the various engines compete to become the “Fastest engine in the World!” The underdog, Rusty the Steam train, has little chance until he is inspired by the legend of the “Starlight Express.” He ultimately defeats his archrivals Greaseball and Electra before going on to win the hand of the lovely first class coach, Pearl.

As with Joseph and the Amazing Technicolor Dreamcoat, Andrew Lloyd Webber’s catchy score features an eclectic mix of musical styles. The Definitive version of Starlight Express is now available to schools, colleges and universities. This is the incarnation of the show that you’ll have recently seen on tour in the U.K., which includes the new song “I Do” and the full “Megamix.” The classic moments of the musical still remain, including “U.N.C.O.U.P.L.E.D.,” “Rolling Stock,” “Pumping Iron” and “AC/DC.”