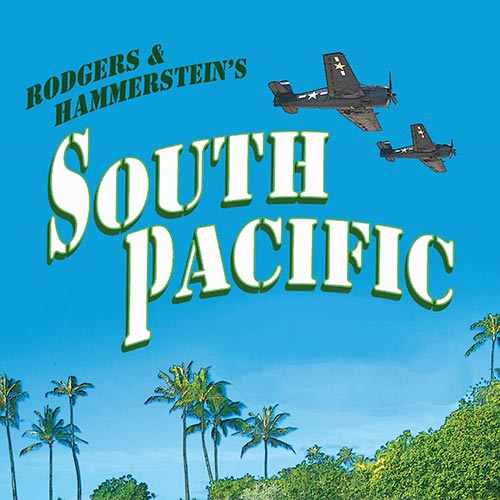 In an island paradise during the Second World War, two Americans - a wide-eyed nurse and a promising young lieutenant - discover love and confront their own prejudices.

In an island paradise during the Second World War, two Americans – a wide-eyed nurse and a promising young lieutenant – discover love and confront their own prejudices.

This licensed orchestration is based on the Original 1949 Broadway Production with all the parts restored by Concord Theatricals (formerly R&H).

This show is orchestrated to be stick conducted from the podium. There is no piano or keyboard book natively in the orchestration. However, due to the large string section required for the show, Concord Theatricals (formerly R&H) has made available an optional String Synth book that is essentially a full orchestral string reduction that allows any production to continue to play the show as intended even if you do not have 8 violins, 3 violas, 3 cellos and 1 bass as the score calls for. As you can imagine, it is a very busy book and will require a proficient player who is comfortable playing the part with all of the keyboard programming and patch changes.

This is an optional book and not necessary to the orchestration if you have a large string section. This book is designed for those productions who have no live string players or who want to augment a smaller string section. For those theaters, this book is essential.

On a South Pacific island during World War II, Ensign Nellie Forbush, a spunky nurse from Arkansas, falls in love with French planter Emile de Becque. When Nellie learns that the mother of Emile’s children was an island native, she refuses Emile’s proposal of marriage, unable to overcome the prejudices with which she was raised. Meanwhile, the strapping Lt. Joe Cable falls in love with a Tonkinese girl named Liat, but he, too, denies himself a future due to the same fears that haunt Nellie. When Emile accompanies Joe on a dangerous mission that claims Joe’s life, Nellie chooses to embrace a future with Emile and his children, thus confronting and conquering her prejudices.