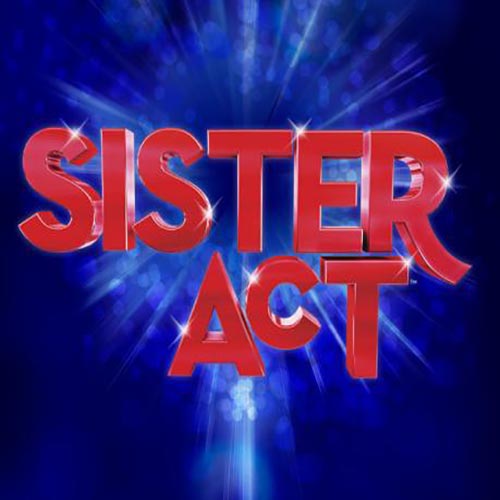 A woman hiding in a convent helps her fellow sisters find their voices as she rediscovers her own. This feel-good comedy smash is based on the hit film.

A woman hiding in a convent helps her fellow sisters find their voices as she rediscovers her own. This feel-good comedy smash is based on the hit film.

This version is based on the 2012 US National Tour Orchestration and is the smaller of the two available orchestrations by MTI.

This version is designed to be stick conducted from the Keyboard 3/Conductor Book. There are 3 keyboards in this orchestration, all of them programmed.

Keyboard 1 is the primary piano book and has about 40 unique patches and over 130 patch changes throughout the show. The programmed sounds include instruments such as various electric pianos, Harp,  Organ, Bells, Strings, and synth elements such as pads and bells. This is a true groove show so should have a proficient player on this chair who is comfortable playing pop, rock, R&B, and gospel styles.

Keyboard 2 is heavily programmed and is primarily strings. We often refer to it as the Disco String book, of course there are other patches as well such as Organ, Harp, pitched Percussion, and keyboard synthesizer sounds. There are over 425 patch changes (not a typo) and we have used a liberal amount of Auto Advance in the programming due to the sheer number of string articulations that exist in this book. This ensures each string sound is played as accurately as the orchestration suggests. This chair requires an advanced player who can play the nuances of the string section and who is comfortable with dense programming. This is an enjoyable book to learn and play and is the glue that pulls the band together.

Keyboard 3 is the Piano/Conductor book and is generally played by the MD. There are approximately 30 different patches in this programming and close to 100 patch changes. This book adds many of the sounds and instruments that are cut from the larger 16 piece orchestration. There is minimal playing in parts to allow for conducting the orchestra and the sounds range from Woodwinds such as Bari Sax, Clarinets, and Bassoon to Brass like Trombones and French Horns. There are also a fair number of other instruments such as Fender Rhodes, Harp, and several SFX triggered from this book.

Sister Act is the feel-good musical comedy smash based on the hit 1992 film that has audiences jumping to their feet! Featuring original music by Tony- and eight-time Oscar winner, Alan Menken (Newsies, Beauty and the Beast, Little Shop of Horrors), this uplifting musical was nominated for five Tony Awards, including Best Musical.

When disco diva, Deloris Van Cartier, witnesses a murder, she is put in protective custody in the one place the cops are sure she won’t be a found: a convent! Disguised as a nun, she finds herself at odds with both the rigid lifestyle and uptight Mother Superior. Using her unique disco moves and singing talent to inspire the choir, Deloris breathes new life into the church and community but, in doing so, blows her cover. Soon, the gang is giving chase, only to find them up against Deloris and the power of her newly found sisterhood.