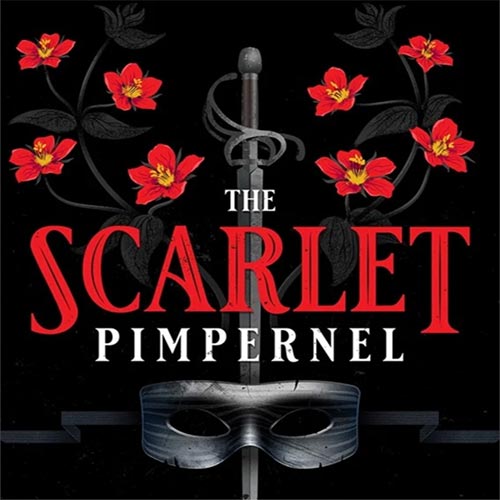 A swashbuckling action/adventure musical! Based on Baroness Orczy’s famous 20th-century novel, The Scarlet Pimpernel dramatizes the French Revolution and the battle for Liberty, Equality and Fraternity.

A swashbuckling action/adventure musical! Based on Baroness Orczy’s famous 20th-century novel, The Scarlet Pimpernel dramatizes the French Revolution and the battle for Liberty, Equality and Fraternity.

This licensed orchestration is based mostly on the Original 1997 Broadway Production and the 2000 National Tour.

This show is orchestrated to be stick conducted from the podium. It has 2 keyboard books, both with programming.

Keyboard 1 is the primary piano book but does have a handful of other patches such as harpsichord, synth pad, glock, harp, electric pianos, clavinet, french musette, and our personal favorite, the “Biting, gritty” stack in Madame Guillotine. This book is difficult in spots and will require a proficient musical theater pianist to navigate the part and the programming.

Keyboard 2 is primarily a string book. It is an optional part but highly recommended for any theater that has a small string section or no live string players at all. This is a reduction from the original Broadway string books and as such, has dozens of different articulations. KeyboardTEK makes liberal use of the Auto Patch Advance plugin in this book so that it sounds as authentic and real as possible so an advanced player who has experience navigating dense programming would be recommended. In addition to the strings, there are a couple of other sounds such as harp and synth pads.

The Scarlet Pimpernel is a swashbuckling action/adventure musical, based on Baroness Orczy’s famous 20th-century novel about the French Revolution and the battle for Liberty, Equality and Fraternity. With an epic, sweeping book by Nan Knighton and a rousing and passionate score by Knighton and Frank Wildhorn, The Scarlet Pimpernel is a colorful window into 18th century French and British history. The show’s most popular numbers include “Into The Fire,” “When I Look At You,” “You Are My Home,” “She Was There,” and “I’ll Forget You.”