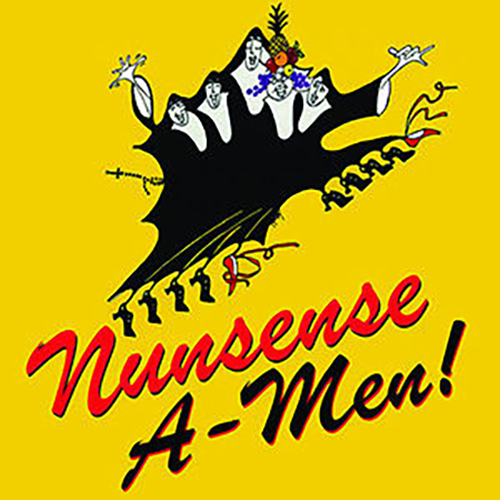 A zany, wholesome, hilarious musical revue presented by the Little "Sisters" of Hoboken, Nunsense is a heavenly delight!

A zany, wholesome, hilarious musical revue presented by the Little “Sisters” of Hoboken, Nunsense is a heavenly delight!

This licensed orchestration is based on the 2010 Off-Broadway Revival at Cherry Lane Theatre.

This show was orchestrated to be conducted from the Piano/Conductor chair. Nunsense has 2 keyboard parts but only the Synthesizer Book (listed as Keyboard 1 in the form below) has programming.

The Piano/Conductor score is piano only with no other sounds. This is a moderately difficult book and would benefit from having someone familiar with contemporary musical theater keyboard writing and someone who can lead the small band while playing.

The Synthesizer (Keyboard 1) has over 100 different patches for the show. Most of the sounds are orchestral padding with a handful of synth elements. Some of those sounds include brass, woodwinds, organ, orchestral percussion, strings, harp, and bass. The part is not as easy as it first looks and cycles through many different key signatures so having a strong player with experience using keyboard programming would be helpful.

Nunsense A-Men! is basically the original Nunsense show with all of the characters being portrayed by male musical comedy performers. Think of it as “Mrs. Doubtfire enters the Convent.”

Done totally seriously, the show is, to quote a critic, “no drag.” First performed in Brazil as Novicas Rebeldes, this version of Nunsense premiered in New York in 1998. Receiving rave reviews and standing ovations subsequent productions have boasted such stars as “Laugh-In’s” Arte Johnson as Mother Superior and Olympic Champion, Greg Louganis as Sister Robert Anne.

A whole new layer of comedy surfaces with lines like “The guys in the old neighborhood still can’t believe I became a nun!” To quote The New York Times: “A change of habit, boy, oh, boy!”