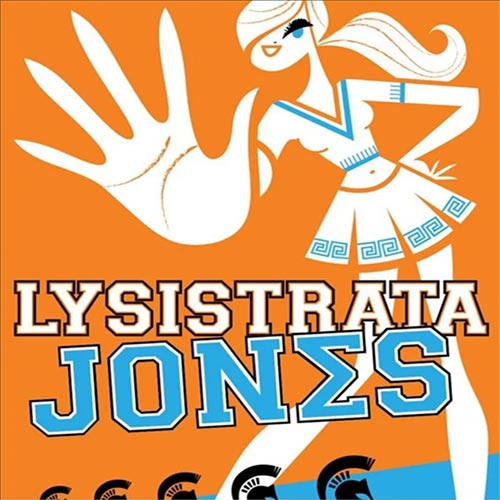 Adapted from Lysistrata, Aristophanes’ classic Greek comedy, Lysistrata Jones takes student activism to a whole new level and celebrates the journey of discovering and embracing who you truly are.

Adapted from Lysistrata, Aristophanes’ classic Greek comedy, Lysistrata Jones takes student activism to a whole new level and celebrates the journey of discovering and embracing who you truly are.

This licensed version is based on the 2012 Broadway production by the Transport Group Theater Company.

This version is orchestrated to be conducted from the Keyboard 1 book by the MD. There are two keyboard books in this show and both have programming. KeyboardTEK is offering the original programming and patches by Randy Cohen.

Keyboard 1 is the Conductor book and backup vocal book. Although it is the primary piano book, there is a fair amount of programming in this part. Some of the patches include strings, synths, VOX choir, B3 organ, and electric pianos. This is not a technically difficult book to play but you will need a strong player who can navigate the part and programming while leading the band.

The Athens University basketball team hasn’t won a game in thirty years. But when spunky transfer student Lysistrata Jones dares the squad’s fed-up girlfriends to stop “giving it up” to their boyfriends until they win a game, the team’s legendary losing streak could finally come to an end. With its modern take on the Aristophanes classic, Lysistrata Jones brings a contemporary pop/rock energy to Douglas Carter Beane’s hilarious script.