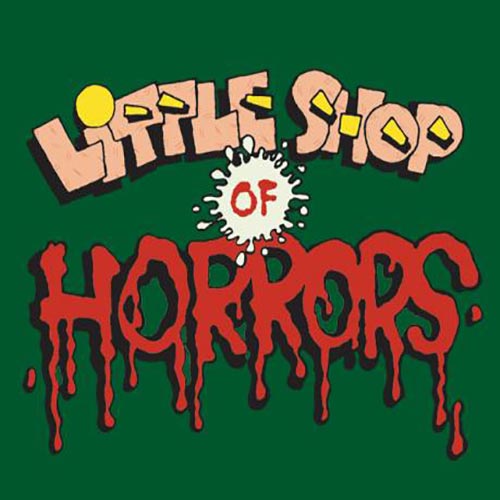 Feed the need for musical hilarity with this delicious sci-fi smash about a man-eating plant.

Feed the need for musical hilarity with this delicious sci-fi smash about a man-eating plant.

This version is based off of the original 1982 Off-Broadway production.

The orchestration for this version is just a small 5 piece rock combo. As such, the conductor will play straight from the Piano/Conductor score which is all piano. There is also another keyboard book labelled keyboards and that book has quite a bit of programming for a show from the early 80’s. The original setup for this book was a stacked tier consisting of 3 keyboards all on top of each other. All the synth sounds were on the top keyboard, all the organ sounds were played on the middle keyboard, and all the electric piano sounds were on the bottom keyboard. We realize that not everyone will have this setup so we have programmed these original sounds into a single keyboard with instructions on where everything should be played.

Something else to note, this part is still in the handwritten format from the original production and it is written with 3 staves to match the 3 tiered keyboard set mentioned above. It will take a little bit of getting used to at first but it is logical after playing around with it for a bit. The top line is the synth, middle stave is the organ, and the bottom stave is the Fender Rhodes. Upon receiving the book, you will notice a great deal of programming and keyboard sound instructions at the beginning of the book. KeyboardTEK has already done all of the work and programming for you so your player can get right to playing.

Some of the sounds covered in this book are as mentioned, Fender Rhodes, B3 Organ, Harpsichord, Calliope, Strings, and lots of 80’s synth sounds which include brass and flutes as well as a cheesy accordion. For those who want to play the show like the original with a tiered stacked setup, KeyboardTEK has created programming for a two-tiered keyboard stack in a Mainstage file so please email us if you are interested in that version. In that version, the organ is all in one keyboard while the synth and Fender Rhodes is on the other.

A deviously delicious Broadway and Hollywood sci-fi smash musical, Little Shop Of Horrors has devoured the hearts of theatre goers for over 30 years. Howard Ashman and Alan Menken (Disney’s The Little Mermaid, Beauty And The Beast, and Aladdin) are the creative geniuses behind what has become one of the most popular shows in the world.

The meek floral assistant Seymour Krelborn stumbles across a new breed of plant he names “Audrey II” – after his coworker crush. This foul-mouthed, R&B-singing carnivore promises unending fame and fortune to the down and out Krelborn as long as he keeps feeding it, BLOOD. Over time, though, Seymour discovers Audrey II’s out of this world origins and intent towards global domination!