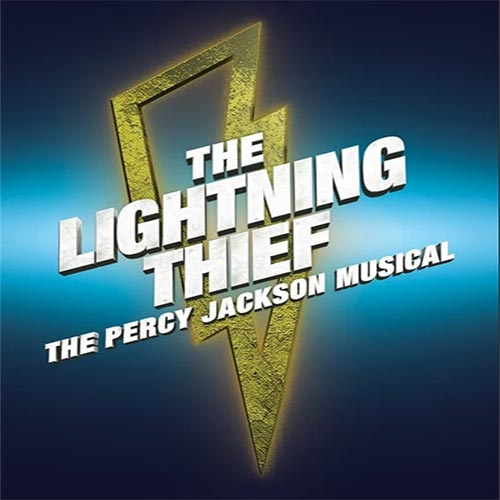 This dynamic musical adaptation of Rick Riordan's bestselling book opened on Broadway in 2019. When teenager Percy Jackson discovers he's a demigod, he and his friends embark on an epic journey to find Zeus' missing lightning bolt and prevent a war among the gods.

This dynamic musical adaptation of Rick Riordan’s bestselling book opened on Broadway in 2019. When teenager Percy Jackson discovers he’s a demigod, he and his friends embark on an epic journey to find Zeus’ missing lightning bolt and prevent a war among the gods.

This licensed orchestration is based on the Original 2019 Broadway Production.

This show is orchestrated to be player-conducted from the single keyboard book.

Keyboard 1 is primarily piano but has programming as well. This book will require a proficient player who can navigate the part and the programming while leading the band.

Percy Jackson is about to be kicked out of boarding school…again. And that’s the least of his troubles. Lately, mythological monsters and the gods of Mount Olympus seem to be walking straight out of the pages of Percy’s Greek mythology textbook and into his life. And worse, he’s angered a few of them. Zeus’s master lightning bolt has been stolen and Percy is the prime suspect. Now Percy has ten days to find and return Zeus’s stolen property and bring peace to a warring Mount Olympus. But to succeed on his quest, Percy will have to do more than catch the true thief: he must come to terms with the father who abandoned him; solve the riddle of the Oracle, which warns him of betrayal by a friend; and unravel a treachery more powerful than the gods themselves.