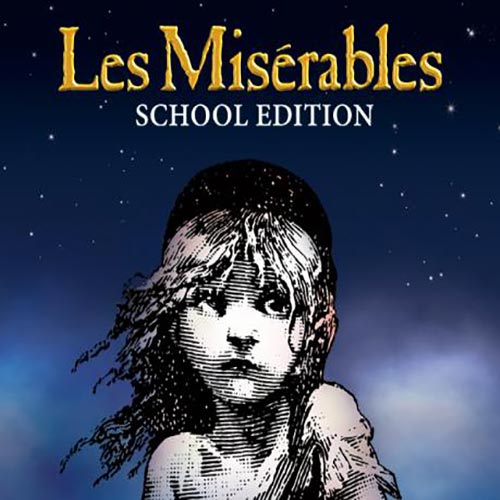 This author-approved edition has been abridged to a running time of just over two hours while beautifully maintaining the integrity of this musical masterpiece. Like the original show, it is orchestrated for 2 keyboards and has a separate stick conductor.

Like the longer running version, both books are heavily programmed and require excellent players who are experienced with shows that have dense programming. Many of the iconic sounds of this show come from the famous Yamaha DX7 FM synthesizer and all of our programming was done and sampled using this very instrument so you are getting the exact sounds as heard on the cast album. Keyboard 1 has over 100 patches and these sounds range from Strings and Percussion, Brass and Woodwinds, Organs and Guitars, to Electric Pianos and Harpsichords.

Keyboard 2 has more of the synthesized sounds such as pads and leads. This book is also a string heavy book but like Keyboard 1, also has lots of orchestral percussion, organ, brass, woodwinds, and lots of fun sounds such as the Hurdy Gurdy, Banjo, and Accordion.

Les Misérables is the world’s longest running musical — a true modern classic based on Victor Hugo’s novel and featuring one of the most memorable scores of all time. The multi-award-winning Les Misérables is as groundbreaking today as it was when it first premiered in London in 1985. Featuring updated orchestrations based on the Tony-nominated 2014 Broadway revival, Les Misérables School Edition also includes new support materials including a Reference Recording for rehearsals, an enhanced Director’s Guide and an expanded Study Guide.

In nineteenth century France, Jean Valjean is released from years of unjust imprisonment, but finds nothing in store for him but mistrust and mistreatment. He breaks his parole in hopes of starting a new life, initiating a lifelong struggle for redemption as he is relentlessly pursued by police inspector Javert, who refuses to believe Valjean can change his ways. Finally, during the Paris student uprising of 1832, Javert must confront his ideals after Valjean spares his life and saves that of the student revolutionary who has captured the heart of Valjean’s adopted daughter.