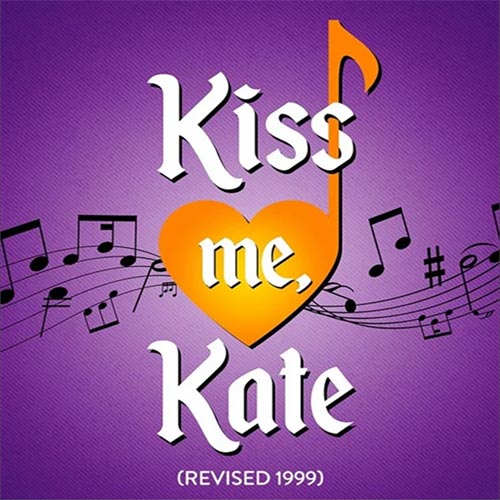 The battle of the sexes takes center stage as former spouses feud onstage and off during a musical presentation of The Taming of the Shrew. Sophisticated, romantic and delightfully hilarious, Kiss Me, Kate boasts a sparkling Cole Porter score and a brilliant book from Sam and Bella Spewack.

The battle of the sexes takes center stage as former spouses feud onstage and off during a musical presentation of The Taming of the Shrew. Sophisticated, romantic and delightfully hilarious, Kiss Me, Kate boasts a sparkling Cole Porter score and a brilliant book from Sam and Bella Spewack.

This licensed version is based on the 1999 Broadway Revival Production.

This version is orchestrated to be stick conducted and has 1 keyboard book with programming as well as an optional String Synth book for those theaters or schools who do not have any string players in their pit or who want to augment the live players that they do have.

The Keyboard/Synthesizer book (listed as Keyboard 1 on the form below) is the primary piano book but also contains various EP’s, acoustic pianos, woodwinds, celeste, harpsichord, glock, and bass drum. It is a fairly difficult book and will require an advanced player who can navigate the part as well as the programming.

The String Synth book (listed as Keyboard 2 on the form below) is an optional book that has most of the string parts reduced for a keyboard. This book can act as the entire string section or add layering and depth to your existing string section. It is also a fairly difficult book to play and with all the various string articulations and ensemble combinations, KeyboardTEK has made liberal use of the Auto Patch Advance feature so it would be best to have a player who is very accurate and has experience with dense keyboard programming.

Passions run high as leading lady Lilli Vanessi and her ex-husband, actor/director Fred Graham, battle onstage and off in a production of Shakespeare’s Taming of the Shrew. With romance, comedy, sophistication, and behind-the-scenes high jinks, Kiss Me, Kate combines the irreverent humor of four brilliant writers: Sam and Bella Spewack, Cole Porter and William Shakespeare. Musical numbers include “So In Love,” “Wunderbar,” “Tom, Dick or Harry,” “Too Darn Hot,” “Brush Up Your Shakespeare,” “I Hate Men,” “Always True to You (In My Fashion)” and “Another Op’nin, Another Show.”

Kiss Me, Kate was originally produced in 1948, and is considered one of Broadway’s great treasures. It was revived on Broadway in 1999, taking advantage of new technology in music and reflecting evolving social values. This Revised Version features a brand-new orchestration and a refined script. All seventeen of the original songs remain in the revised score, with the addition of “From This Moment On,” from Porter’s Out of This World and the 1953 film adaptation of Kiss Me, Kate. Among the script changes, the character of Harrison Howell is now a general with political ambitions, adding some topical humor from the show’s time period.