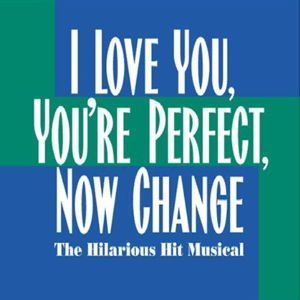 I Love You, You're Perfect, Now Change

A musical revue celebrating the mating game! This crowd-pleasing comedy takes on the truths and myths behind that contemporary conundrum know as “the relationship.”

A musical revue celebrating the mating game! This crowd-pleasing comedy takes on the truths and myths behind that contemporary conundrum know as “the relationship.”

This licensed orchestration is based on the Original 1996 Westside Theatre Off-Broadway production. However, the licensed version and orchestration were updated in 2018 to put the show in a more modern context.

This show is orchestrated to be player-conducted from the keyboard usually by the MD. Unlike the original, in this newest orchestration, there are patches and keyboard programming that help give the small band a more modern sound.

This celebration of the mating game takes on the truths and myths behind that contemporary conundrum know as ‘the relationship.’ Act I explores the journey from dating and waiting to love and marriage, while Act II reveals the agonies and triumphs of in-laws and newborns, trips in the family car and pick-up techniques of the geriatric set. This hilarious revue pays tribute to those who have loved and lost, to those who have fallen on their face at the portal of romance, to those who have dared to ask, ‘Say, what are you doing Saturday night?’