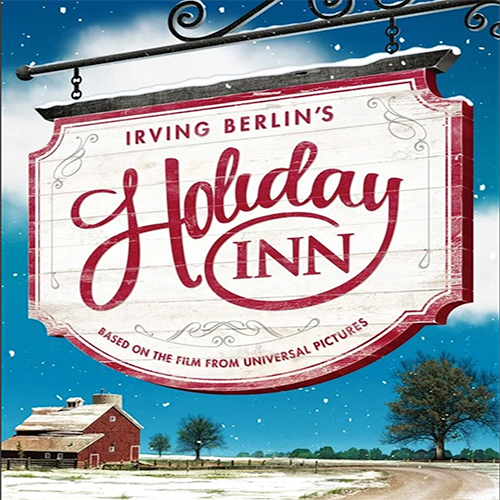 The beloved film classic comes to the stage in a charming crowd-pleaser featuring one glorious Irving Berlin number after another, each celebrating a different festivity.

The beloved film classic comes to the stage in a charming crowd-pleaser featuring one glorious Irving Berlin number after another, each celebrating a different festivity.

This licensed orchestration is based on the 2016 Broadway production.

This show is orchestrated to be stick conducted from the podium and has 2 keyboard books, both of which have programming.

Keyboard 1 is the primary piano book. There are various acoustic piano patches such as grand and acoustic so for that reason, we do offer a MainStage file for this book although this is totally optional. If you would rather just use an acoustic piano or the piano sounds of your MIDI keyboard, that would work as well and you would not need this file. Although not the most demanding Key 1 book of all time, this book could be managed by an advanced level high school student who is familiar with all of the Irving Berlin tunes and their style.

Keyboard 2 however has quite a lot of programming and adds lots of orchestral padding to the live players. The programming for this book would be considered essential. The patches in this book include orchestral brass, woodwinds, concert piano, acoustic guitar, harp, celeste, saxophones, as well as strings among many others. This book could easily be played by an advanced level high school player who is comfortable using and navigating the many patches,

Irving Berlin’s Holiday Inn tells the story of Jim, who leaves the bright lights of show business behind to settle down on his farmhouse in Connecticut… but life just isn’t the same without a bit of song and dance. Jim’s luck takes a spectacular turn when he meets Linda, a spirited schoolteacher with talent to spare. Together they turn the farmhouse into a fabulous inn with dazzling performances to celebrate each holiday, from Thanksgiving to the Fourth of July. But when Jim’s best friend Ted tries to lure Linda to Hollywood to be his new dance partner, will Jim be able to salvage his latest chance at love?

Based on the classic film, this joyous musical features thrilling dance numbers, laugh-out-loud comedy and a parade of hit Irving Berlin songs, including “Blue Skies,” “Easter Parade,” “Steppin’ Out With My Baby,” “Heat Wave,” “White Christmas,” “Be Careful, It’s My Heart,” “Cheek to Cheek,” “Shaking the Blues Away” and many more!