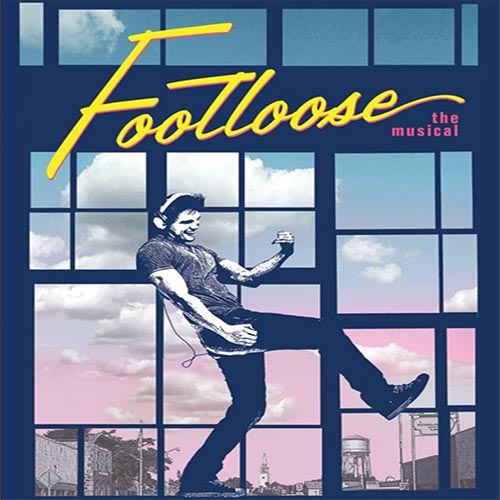 The explosive movie musical bursts onto the live stage! With dynamic new songs augmenting the powerhouse hits from its bestselling Oscar-nominated score, Footloose celebrates the exhilaration of youth, the wisdom of listening to one another, and the power of forgiveness.

The explosive movie musical bursts onto the live stage! With dynamic new songs augmenting the powerhouse hits from its bestselling Oscar-nominated score, Footloose celebrates the exhilaration of youth, the wisdom of listening to one another, and the power of forgiveness.

This licensed version is an amalgamation based on the Original 1998 Broadway Production and other professional productions that have since been produced.

There are 2 keyboards in this orchestration with the Conductor playing out of the Keyboard 1/Synth book. Both books have programming with K1 having approximately 20 patches. Keyboard 1/Conductor is the primary piano book but also has a few instances of electric piano as well as some 80’s synth elements in songs like “Let’s Hear It For The Boy”. This is not a particularly difficult book to play but it is a groove book so you will need an advanced player who feels comfortable playing rock/pop/80’s grooves while leading the band. If you have a modern synth or keyboard controller, most of the sounds likely can be found there making this programming optional. However, all of the sounds and patches in both keyboards have been sampled or recreated from the original sound sources making them the most authentic sounds available for this show.

Keyboard 2/Synth is much more heavily programmed and an advanced high school player should be able to play the book if they are comfortable navigating keyboard programming. Among the sounds in this book are Electric Guitar, B3 Organ, synth strings, synth brass, strings, EP’s, and synth elements such as pads and leads.

When Ren and his mother move from Chicago to a small farming town, he is prepared for the inevitable adjustment period at his new high school. But he’s not prepared for the rigorous local edicts, including a ban on dancing instituted by the local preacher, who is determined to exercise control over the town’s youth. When the reverend’s rebellious daughter sets her sights on Ren, her roughneck boyfriend tries to sabotage Ren’s reputation, with many of the locals eager to believe the worst about the new kid. The heartfelt story that emerges pins a father longing for the son he lost against a young man aching for the father who walked out on him.