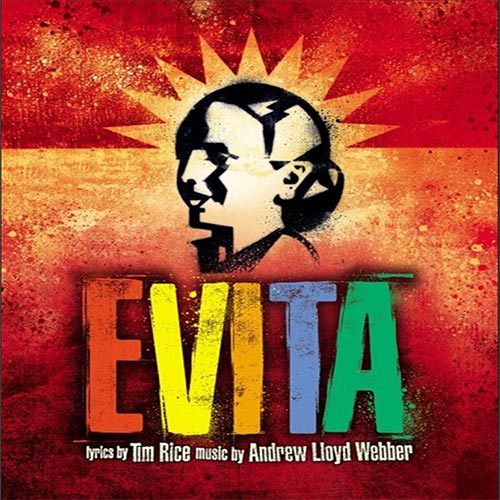 Evita brings to life the rags-to-riches rise of Eva Peron, the First Lady of Argentina.

Evita brings to life the rags-to-riches rise of Eva Peron, the First Lady of Argentina.

This licensed version is the larger of the two available orchestrations by Concord Theatricals. It is based mostly on the 2006 London West End production so you will want to use that cast album as your reference recording. Many songs in this version were originally done to a click track which is referenced in the part but is not required for your production.

Evita is orchestrated to be stick conducted from the podium and has 3 very important keyboard books all with dense programming. Keyboard 1 is the primary piano book but also contains lots of orchestral padding such as Woodwinds, Brass, Percussion, Harp, as well as Guitar, Voice Pads, and a Fender Rhodes. This is not an overly technical book to play but will require a strong rhythmic player familiar with the score and one who is also comfortable with keyboard programming.

Keyboard 2 is really a continuation of Keyboard 1 with many of the same orchestral sounds along with a smattering of synth elements (voice pads & analog strings).

Keyboard 3 is primarily accordion which can be played by a live player if you have an actual accordionist. There are additional sounds in K3 that would need to be played on the keyboard using the programming  whether or not accordion is played live or via the programming.  Just be aware that if you have a live accordion player, it would be very difficult to play both accordion and the Keyboard 3 book since many of the instrument and patch changes happen really fast, however, this book could be split into 2 separate parts if you have the players.

Evita charts the young and ambitious Eva Peron’s meteoric rise to sainthood. Set in Argentina between 1934-1952, the Tony-winning musical follows Eva Duarte on her journey from poor illegitimate child to ambitious actress to, as wife of military leader-turned-president Juan Peron, the most powerful woman in Latin America, before her death from cancer at age 33.

The events in Evita’s life are presented in song and commented on by the show’s narrator, Che. Well-known numbers from Tim Rice and Andrew Lloyd Webber’s musical masterpiece include “Don’t Cry for Me Argentina,” “Oh What a Circus,” “Buenos Aires” and “Another Suitcase in Another Hall.”