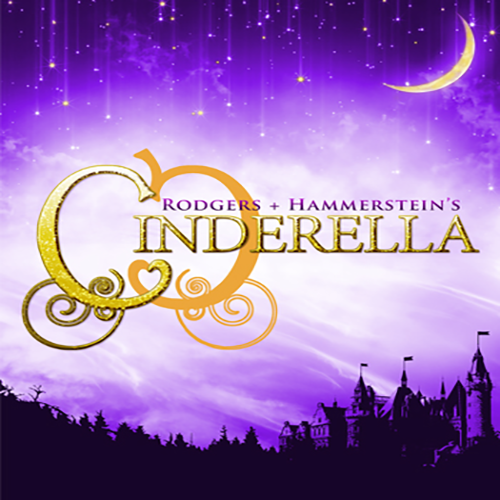 The timeless enchantment of the magical fairy tale is reborn with the Rodgers & Hammerstein hallmarks of originality, charm and elegance. The Broadway adaptation of the classic musical features new characters, a hilarious libretto, surprising twists, and an unforgettable score from Rodgers and Hammerstein.

The timeless enchantment of the magical fairy tale is reborn with the Rodgers & Hammerstein hallmarks of originality, charm and elegance. The Broadway adaptation of the classic musical features new characters, a hilarious libretto, surprising twists, and an unforgettable score from Rodgers and Hammerstein.

This licensed version is based on the 2014 U.S. National Touring Production of Rodgers & Hammerstein’s Cinderella that toured through 2016. This version is orchestrated for 13 players. Concord Theatricals has a larger orchestration for 20+ musicians based on the 2013 Broadway Revival that has just a single keyboard which is also available on our site. Please make sure to choose the correct orchestration that matches what your production is doing.

This show is orchestrated to be stick conducted from the Piano/Conductor Score and there are two keyboard books both of which have lots of programming and patches.

The Keyboard 1 book contains mostly orchestra padding for the new arrangements of the songs. It is not a particularly difficult book to play for someone who is experienced playing musical theater. Most of the sounds found in this book are orchestral strings, piano, brass, woodwinds, piano, celeste, harp,  percussion, and harpsichord.

Keyboard 2 is more of the same as Key 1 but utilizes the instruments and musical passages that were cut from the original that have now been incorporated into the smaller touring orchestration. There is quite a lot of harp in this book as well as lots of divisi strings, orchestral percussion, woodwinds, and brass. Like with Key 1, it is not a particularly technically challenging book to play and could be done with a talented high school player who can navigate the part and the programming.

Rodgers + Hammerstein’s Cinderella is the new Broadway adaptation of the classic musical. This contemporary take on the classic tale features Rodgers & Hammerstein’s most beloved songs, including “In My Own Little Corner,” “Impossible/It’s Possible” and “Ten Minutes Ago,” alongside an up-to-date, hilarious and romantic libretto by Tony Award nominee Douglas Carter Beane.