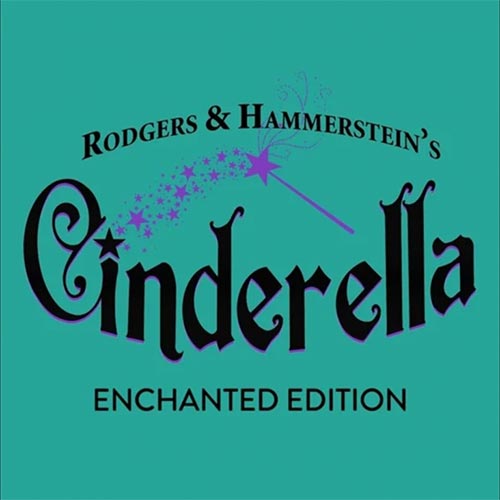 Inspired by the acclaimed 1997 teleplay starring Brandy and Whitney Houston, this version of the magical fairy tale is reborn with the Rodgers & Hammerstein hallmarks of originality, charm and elegance.

Inspired by the acclaimed 1997 teleplay starring Brandy and Whitney Houston, this version of the magical fairy tale is reborn with the Rodgers & Hammerstein hallmarks of originality, charm and elegance.

This licensed version is based on the 1997 television version of Cinderella featuring Brandy and Whitney Houston.

Unlike the Broadway version of this same show, this orchestration has 2 keyboard players and is designed to be stick conducted. Both books make use of extensive mapping in the programming which means the notes that the player is playing can sometimes sound different than what is written in the part. Unlike so many other shows that utilize keyboard mapping, the mappings are written down at the end of each book in an appendix. This can be a tedious and arduous task and requires some technical knowledge to be able to accomplish this. KeyboardTEK has programmed both books to include all of the mappings so that you or your players never have to worry about this.

Both books are primarily orchestral padding for the live players. Keyboard 1 contains mostly strings with various articulations, piano, celeste, and lots of harp. Although not a difficult book to play compared to other musical theater Keyboard 1 books, it would benefit from having a player with some knowledge and experience with programming since there is over 150 unique patch changes in this part.

Keyboard 2 is an easier to play extension of Keyboard 1 with essentially the same sound, strings, piano, celeste, harp, and even the occasional sound effect.

The timeless enchantment of a magical fairy tale is reborn with the Rodgers & Hammerstein hallmarks of originality, charm and elegance. Originally presented on television in 1957 starring Julie Andrews, Rodgers & Hammerstein’s Cinderella was the most widely viewed program in the history of the medium. Its recreation in 1965 starring Lesley Ann Warren was no less successful in transporting a new generation to the miraculous kingdom of dreams-come-true, and so was a second remake in 1997, which starred Brandy as Cinderella and Whitney Houston as her Fairy Godmother. As adapted for the stage, with great warmth and more than a touch of hilarity, this romantic fairy tale still warms the hearts of children and adults alike. This Enchanted Edition is inspired by the 1997 teleplay.