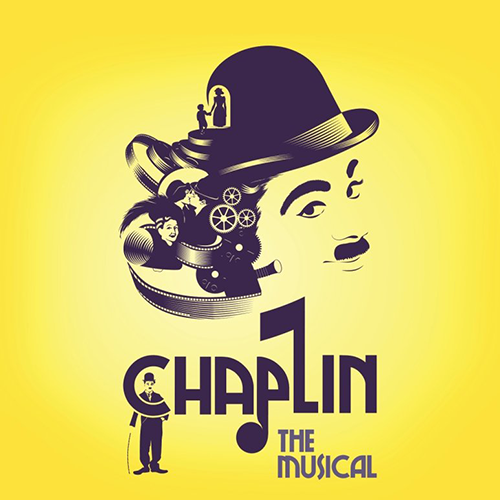 From the slums of London to the heights of Hollywood, Chaplin is the showbiz Broadway musical about the silent film legend the world couldn’t stop talking about-Charlie Chaplin. It reveals the man behind the legend, the undeniable genius that forever changed the way America went to the movies.

From the slums of London to the heights of Hollywood, Chaplin is the showbiz Broadway musical about the silent film legend the world couldn’t stop talking about-Charlie Chaplin. It reveals the man behind the legend, the undeniable genius that forever changed the way America went to the movies.

This licensed orchestration is based on the original 2012 Broadway production.

This version is orchestrated to be player conducted from the Piano Conductor score. There are two keyboard books, both with various amounts of programming. The Keyboard Conductor score is primarily all piano and if having 2 keyboards with programming is not possible for your production, you could play the entire book on piano. There are about 35 total patches in the part and the sounds range from various acoustic pianos to electric piano, harp, and celeste. If you have an electronic keyboard with these sounds, you could also program these patches on the controller itself. However, if you want the patches exactly as they were originally sequenced, in order and ready to play, then you have the option to use our programming. Thiss book will require an advanced player who is familiar with the idiomatic playing of the time period.

Key 2 has much more programming and it is much more essential to get the patches for this book than Keyboard 1. This book is primarily orchestral padding that augments the rest of the live instruments. Patches in this book include brass, strings with various articulations, orchestral woodwinds, percussion, and harp throughout (we hope you like harp glissandi!) There is even a song that feature ukelele. This is a fairly straightforward book and as long as the player is comfortable with dozens of patch changes, this book could be played by an advanced high school player.

This show has a very underrated and beautiful score that your players will really enjoy digging their fingers into.

Chaplin is based on the real-life story of Charlie Chaplin, the iconic film actor, writer, producer and director. The new musical spans the comic’s entire career, from Chaplin’s first performance as a child in 19th-century London to his tearful acceptance of an honorary Academy Award in 1972. The show documents the beloved actor’s rise to fame and the people who shaped his life, including his mother Hannah, his older brother Sydney, his fourth wife Oona O’Neill and gossip columnist Hedda Hopper. The musical dramatizes the making of Chaplin’s legendary films, including The Kid, The Circus, Modern Times and The Great Dictator as well as his turbulent childhood, frenzied love life and political beliefs. Featuring an original score by Christopher Curtis, including “Look at All the People,” “Just Another Day in Hollywood” and “This Man,” Chaplin tells the touching story of the man who makes the world laugh as his legendary screen persona, the Tramp, but struggles to find happiness in his own life.