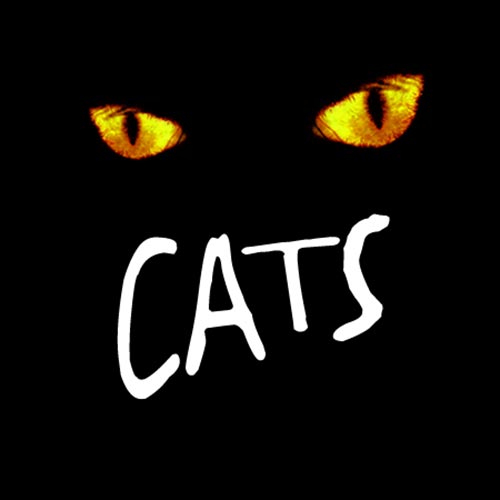 One of the world’s best-known and meow-velous musicals!

This licensed version is based on the 2016-2017 Broadway Revival.

There are 3 keyboard books in this show, every one of them as essential to the score as can be. Concord requires that the keyboard programming for Keys 2 and 3 be rented in order to obtain a license to perform the show. This can be done directly through your rep at Concord.

Keyboard 1 is essentially the piano book with different electric pianos throughout. This chair does require an advanced pianist who is very familiar with the show. If budget is a concern and you wanted to program one of the books yourself, you could choose to program this one since Concord does not require the programming be rented for K1.

Keyboard 2 has dozens of patches that would be very difficult to recreate in the original form since the sounds are so specific. KeyboardTEK has worked with the Broadway musical team to recreate these sounds from the original sound sources including the Prophet 5 which is a very rare, expensive, and hard to find synthesizer. In this book, most of the patches are orchestral in nature and include strings, woodwinds, brass, organ, harpsichord, mallet instruments, and many of the iconic synthesizer sounds. Although not as technically difficult as Keyboard 1 or perhaps even other Keyboard 2 books in the musical theater canon, because of the programming and nature of the show, it would help to have someone with experience playing shows with keyboard programming although an advanced High School student could likely navigate the playing.

Keyboard 3 is not that much different than Keyboard 2 in terms of the types of patches found in this book although it does have a bit more electric piano and harp, but it too has many iconic synthesizer sounds that give this show its instantly recognizable sound. All 3 of your keyboard players will have a blast playing this show.

The Jellicle Cats come out to play on one special night of the year—the night of the Jellicle Ball. One by one they tell their stories for the amusement of Old Deuteronomy, their wise and benevolent leader, who must choose one of the Cats to ascend to The Heaviside Layer and be reborn into a whole new Jellicle life.

Originally directed by Trevor Nunn and featuring musical staging by Gillian Lynne, the all-singing, all-dancing Tony-winning musical spectacular has been translated into 16 languages. With universal appeal and an expandable cast of different age groups, the show has not only been presented in theatres, but also in tents in Japan and Korea, an engine shed in Switzerland, and school gymnasiums across the U.S.A.