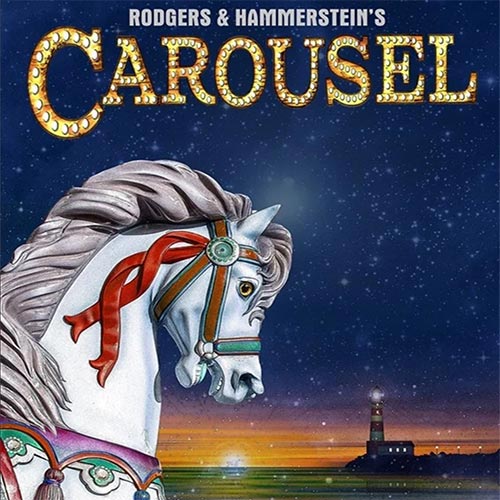 Billy Bigelow, a swaggering, carefree carnival barker, falls in love with and marries the sweet but naive Julie Jordan. A stunning tale of hope, redemption, and the power of love.

Billy Bigelow, a swaggering, carefree carnival barker, falls in love with and marries the sweet but naive Julie Jordan. A stunning tale of hope, redemption, and the power of love.

The licensed orchestration is based on the Original Broadway Production although this version was cleaned up with some alterations in 2000 and 2019. For now, the 2018 Revival orchestration is not available for licensing despite the dates on the books.

When one thinks of Carousel, you probably don’t think about synthesizers but this orchestration has not one but 2 Synthesizer books that ONLY cover the lush string section necessary for the big Broadway sound of this score. These parts were added for the licensed version since most groups will likely not have a huge string section. These two separate Synthesizer String Books contain all of the Violin, Viola and Cello parts formatted to be played by two different keyboard players. These books are intended to be utilized to augment and enrich your live string section, not to replace them. If you have a large orchestra with many players to a part, you could omit these books and forego the synth programming.

Although both books mostly contain ensemble strings, there are lots of articulations in each book so there are a fair number of patch changes. Neither of these books are super challenging as far as musical theater keyboard parts go so an advanced high school player could navigate the book but some experience with keyboard programming would be helpful.

In a Maine coastal village toward the end of the 19th century, the swaggering, carefree carnival barker, Billy Bigelow, captivates and marries the gentle millworker, Julie Jordan. Billy loses his job just as he learns that Julie is pregnant and, desperately intent upon providing a decent life for his family, he is coerced into being an accomplice to a robbery. Caught in the act and facing the certainty of prison, he takes his own life and is sent ‘up there.’ Billy is allowed to return to earth for one day fifteen years later, and he encounters the daughter he never knew. She is a lonely, friendless teenager, her father’s reputation as a thief and bully having haunted her throughout her young life. How Billy instills in both the child and her mother a sense of hope and dignity is a dramatic testimony to the power of love.