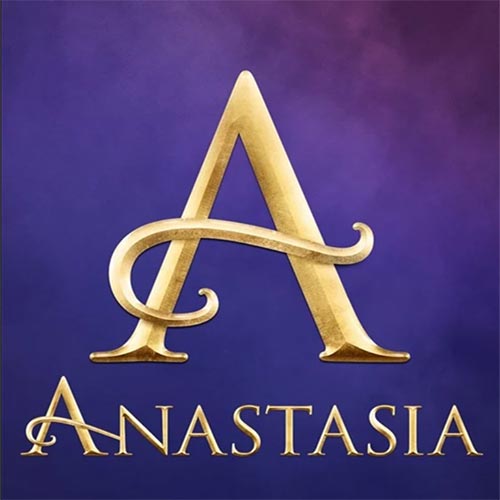 Her past is a mystery. Her future is an adventure. Note: Licensing for Anastasia: The Musical is currently available for K-12 schools only.

Her past is a mystery. Her future is an adventure.

Note: Licensing for Anastasia: The Musical is currently available for K-12 schools only.

This licensed orchestration is based on the Original 2017 Broadway Production.

This version was orchestrated to be stick conducted from the podium and has 2 keyboard books, both of which have extensive programming.

Keyboard 1 is the primary piano book and requires a very skilled pianist to navigate the intricate part and the programming. In addition to piano, other patches include strings, harp, harpsichord, celeste, mallet percussion, accordion, and of course the iconic Anastasia Music Box.

Keyboard 2 is standard fare for Keyboard 2 books in the musical theater canon and contains nearly 300 patches which consist mostly of orchestral padding such as strings, brass, harp, celeste, mallet percussion, “ghostly” voices, Russian Balalaika, and more harp glissandi than you can shake a stick at. It is not a particularly difficult book to play but would benefit from having someone who is familiar and comfortable with navigating multiple patches per song.

Note: Licensing for Anastasia: The Musical is currently available for K-12 schools only.

The spectacular new musical about discovering who you are and defining who you’re meant to be.

From Tony winners Terrence McNally, Stephen Flaherty and Lynn Ahrens, creators of such Broadway classics as Ragtime and Once On This Island, this dazzling show transports its audience from the twilight of the Russian Empire to the euphoria of Paris in the 1920s, as a brave young woman sets out to discover the mystery of her past. Pursued by a ruthless Soviet officer determined to silence her, Anya enlists the aid of a dashing con man and a lovable ex-aristocrat. Together, they embark on an epic adventure to help her find home, love and family.