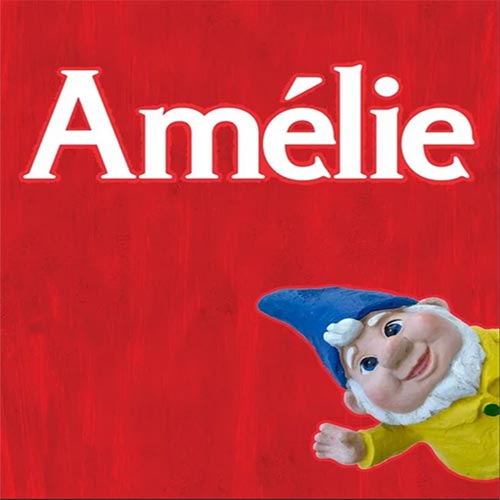 This show is orchestrated to be player-conducted from the Piano/Conductor score. There is just a single keyboard part in this show and although it is primarily piano, there are other sounds that are important to the orchestration found throughout the part. Some of these sounds include celeste, cathedral organ, ethereal synth pad, Fender Rhodes, Wurly, Toy piano, accordion, synth bells, and the infamous “Misterioso Effect” to name a few. This part is fairly complex so it will take an advanced player to navigate the part and the programming while leading the orchestra. In the Broadway production, the MD had a real acoustic piano for all the piano parts and a digital keyboard for all of the synth programming.

Amélie is an extraordinary young woman who lives quietly in the world but loudly in her mind. She covertly improvises small but surprising acts of kindness that bring joy and mayhem. But when a chance at love comes her way, Amélie realizes that to find happiness she’ll have to risk everything and say what’s in her heart. Be inspired by this imaginative dreamer who finds her voice, discovers the power of connection, and sees possibility around every corner.

The licensed version of Amélie reflects script and music changes from the West End production while retaining the Broadway orchestration.